HSO ProServ develops and maintains several IP solutions on Dynamics 365. This includes projects360, aec360, accounting360 and consulting360 which are add-on solutions extending Microsoft Dynamics Finance and Operations core modules in particular Project Management and Accounting module. HSO ProServ ISV portfolio also consists of aec360 and legal360 for Dynamics Customer Engagement and other accelerators. The purpose of this document is to provide Customers and Partners deploying the HSO ProServ solutions, an in-depth view of OneVersion software update policies that are adhered to in line with Microsoft’s recommended best practices. Note: projects360 for project operations has the same code base of projects360 with additional integrations, the core solution of projects360 will also follow the OneVersion update policy as described here.

N and N-1 versions are supported

In general, P1 issues are deemed high-priority and are resolved as soon as possible. The first step in troubleshooting P1 issues is to recreate the issue on non-Client environment. To accelerate the root cause, the troubleshooting of the issue is done directly on the Clients development environments. Once the steps to recreate are determined, they are captured in DevOps and further investigated for resolution. Developers resolve the issue, a build kicks in the update to a QA environment with the code fix and tested before the P1 issue resolution is handed off to the Client.

Here is an example of the release cadence shared from time to time. 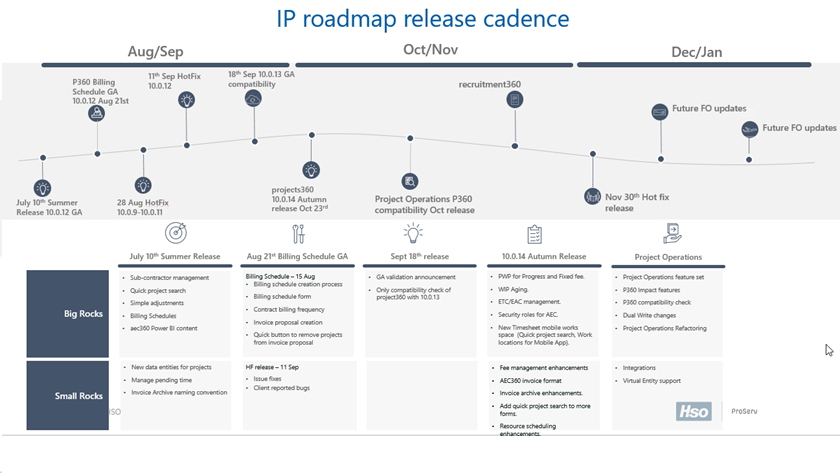 The UO product comprises of developers, technical architects, product champions and functional consultants. The Product Steerco team is responsible of the future roadmap decisions, funding and supporting other strategic decisions. 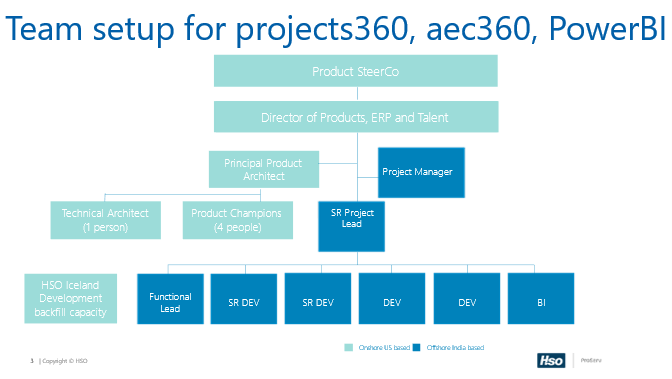 The product team is comprised of core IP development teams supported by extended teams for ongoing Client support, Power Platform, Power BI development and Regression Automation teams. Each team is fundamentally responsible for a specific set of tasks. For instance, core IP team is only responsible of net new feature development based on Client feedback. Feedback from various clients is captured in DevOps as a User Story. During sprint planning activities, the core team supported by the principal architect prioritize the features to be developed for the upcoming release. The cycle continues every sprint. There are several sprints before the official Release of the new version. 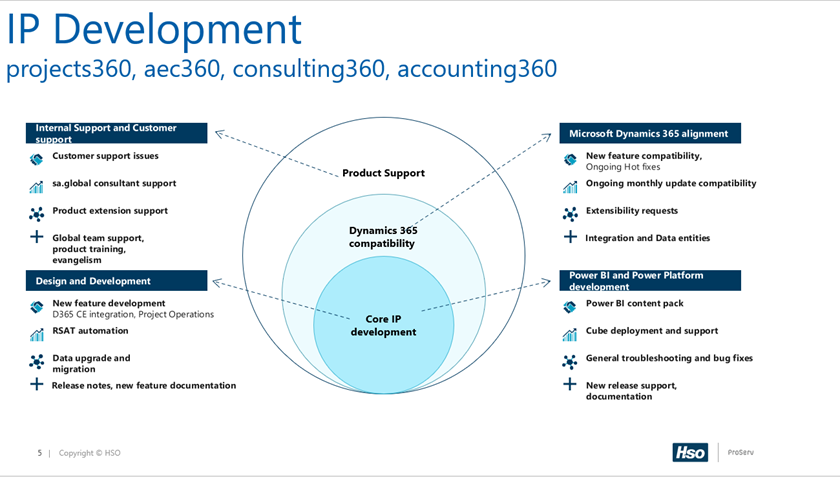 Product baseline code is checked into DevOps repository. Each branch serves a release cadence. The features developed are merged between branches along with any ad hoc hotfixes that are released to Clients. An automated build system generates a build on demand and deploys code to various QA environments for validation of features. Developers connect using local VMs and synchronize code with DevOps repository (get latest) every day. Developer checks out Development branch, writes modification code and tests in the local hosted dev boxes 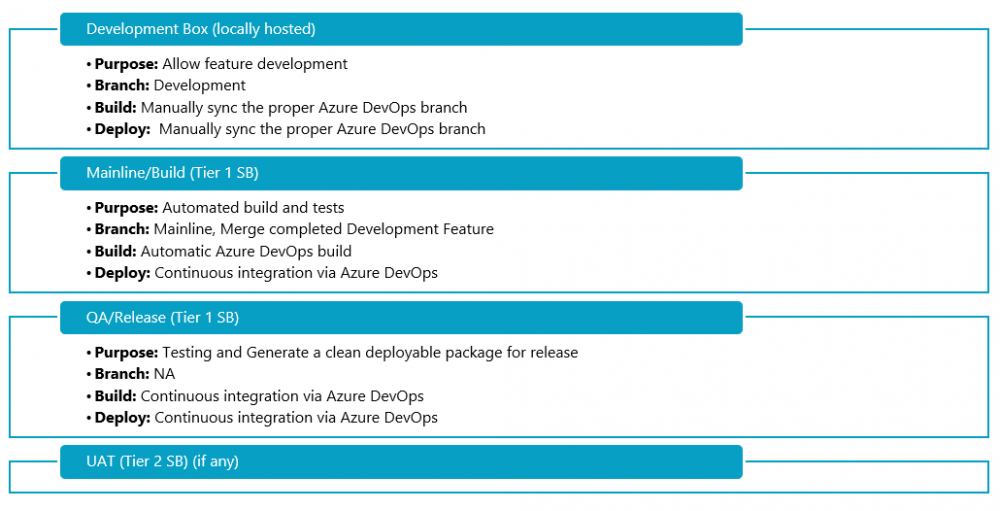 In this process, Developer concentrates on the code quality and the development standards as listed below (example):

ALM lifecycle of the IP starts with the Steerco meeting with the Customer Advisory Board (CAB). The CAB is a list of industry specific representatives from various HSO ProServ Client portfolio. The CAB team along with the Product team meet once every quarter to chart out road map items. All feedback from CAB is tracked as DevOps work items and goes through the sprint planning meetings for design and development of the features.

Hotfix requests are only supported and released for on ‘n’ and ‘n-1’ versions. All hot fix requests are first qualified for priority and severity of the incident. If the issue has a work around, the fix is only resolved in an upcoming version. If a hot fix request is qualified (has wide impact to many users, financial impact like invoicing, implementation teams finding showstoppers during UAT etc). The hot fix is released on the version that it is requested in and then updated to the main branch so future releases includes the one-off fix.

Thanks for your feedback.